Good Contents Are Everywhere, But Here, We Deliver The Best of The Best.Please Hold on!

By Graham Brooks on 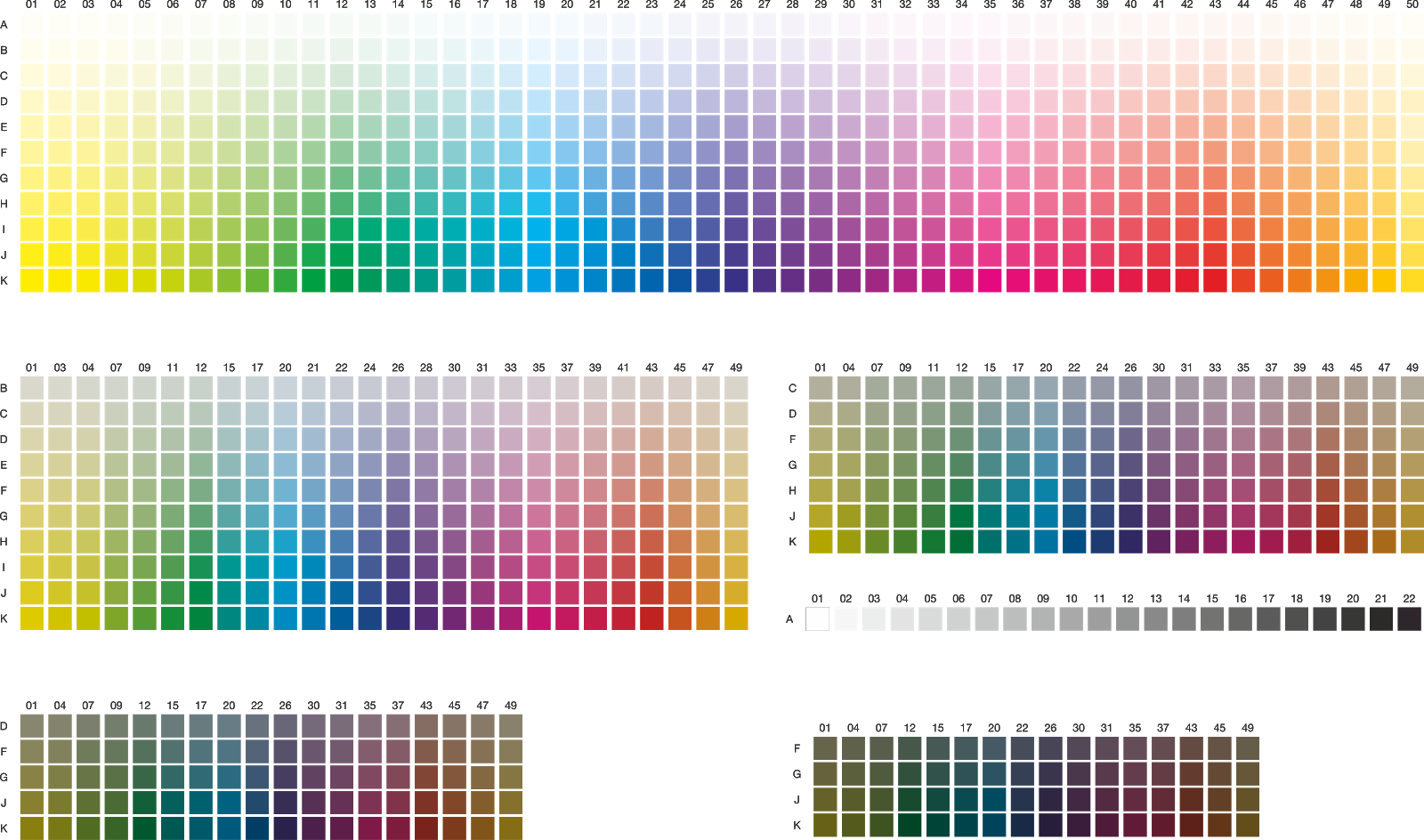 Whatever last year brought for you and your business, this is 2021 – and you get to choose the colour.

Pantone (the reference grid above) is the global colour authority and provider of professional colour language standards used across a variety of industries – including printing.

While Pantone is the industry standard for spot colours (pre-mixed ink), it represents less than 1% of all print production. At Complete Colour (and the industry in general), the other 99% of print is produced in Cyan, Magenta, Yellow and Black – better known as CMYK or 4-colour process. In many instances at Complete Colour, we print 4-colour process and add Pantone PMS (Pantone Matching System) colours when a client’s brief requires the exact accuracy of a PMS colour. We do this because exact accuracy is not always achievable in 4-colour process.

Household names, such as HP Sauce, Tiffany & Co, Target and McDonalds have actually trademarked Pantone references to ensure their brand colours – such as McDonalds’ French-fry Gold – are not replicated.

How did Pantone begin?

Herbert used his chemistry background to systematise and simplify the company’s stock of pigments and production of colored inks. By 1962, Herbert was running the ink and printing division at a profit and he subsequently purchased the company’s technological assets from the Levine brothers for US$50,000 (equivalent to approximately AU$640,000 today) and renamed them Pantone.

At Complete Colour, we haven’t met Herbert, but we like to think he’s our kind of guy with his mix of expertise in science, art, process and business. He sold Pantone to X-Rite for US$180 million in October 2007.

Colour of the Year

Since 2000, the Pantone Color Institute has declared a ‘Colour of the Year’ every year, with fashion designers, florists, and other consumer-oriented companies using it to help guide their designs and planning for future products.

Pantone released two independent colours of the year for 2021, that “come together to create an aspirational color pairing, conjoining deeper feelings of thoughtfulness with the optimistic promise of a sunshine filled day”, according to the media release.

In our Melbourne office, we believe in inclusivity, but we also believe that taste is very personal, and that everybody deserves to choose their own colour of the year, especially this year.

You choose the colour. We’ll bring it to life. It’s what we do.

In partnership with our clients and suppliers, that’s how our team is tackling 2021.

Historical Pantone colours of the year:

1We’re often asked why ‘K’ for black and not ‘B’ in CMYK. But since the German RGB colour model already has a ‘B’ for blue in it, black is therefore represented by ‘K’. In the printing process, ‘K’ is the key plate on which the other colours are aligned. The three primary colours CMY should theoretically produce black, but this black appears impure. A good print therefore needs the key percentage of black, ‘K’.